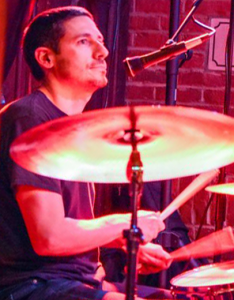 Stevie was born in the outskirts of Atlanta, Georgia, and stayed in Atlanta until he graduated from Georgia Tech. He’s been drumming for over 20 years (even longer, if you include him banging on his high chair) and last served as the drummer for an original acoustic/pop/rock band, Knox Overstreet. Sensing that his skills were needed elsewhere, Stevie moved to the Detroit area and now works as an engineer (what?!) in the automotive industry when he isn’t wowing the audience with his rhythmic prowess in Plan B, or asking Robbie to update this website. 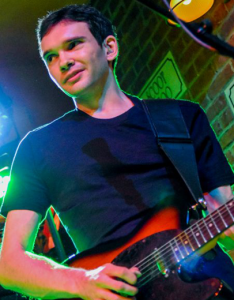 Mikey prides himself on mechanics and dynamics, as well as a variety of other “ics”. He is also making a strong case for being the first guitarist ever to avoid the longstanding “revolving door” effect plaguing most bands (including Plan B). While he is the only band member in the history of bands to look younger than Stevie, Mikey will sizzle your steak and rattle your bones with searing leads that will make you want to touch someone and exclaim, “By George, he can really play that guitar!”. 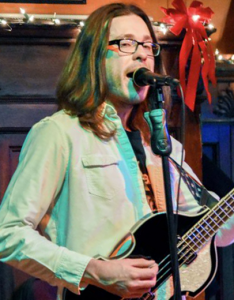